Multi-platinum record producer Ron Nevison, throughout his career, has operated much like a surgeon, brought in during a critical point in a band’s career to bring them back to the top from the commercial brink. Whether kick-starting a stalled hit maker like Jefferson Airplane back into flight as Jefferson Starship, or breathing fresh air back into an outdated band’s sound- such as was the case with Heart and Chicago, via seminal 1980s Billboard # 1 ballads like ‘These Dreams‘ and ‘Look Away,’ respectively, Nevison has rarely had a patient- metaphorically speaking- that he couldn’t heal with his multi-platinum production touch. Critics first took note of Nevison’s exceptional ear far ahead of many of his pop-rock peers, with one prominent example of the latter being Rolling Stone Magazine’s observation in their 1973 review of “The Who’s” Quadrophenia, which Nevison engineered, that the album had been “magnificently recorded.”

Nevison’s profile continued to rise through the mid-1970s as he helped to sonically shape a new generation of AOR rock via his engineering work on the first 3 Bad Company‘s LPs, Thin Lizzy, and perhaps most notably on Led Zeppelin‘s 1975 ‘Physical Graffiti’ LP among a host of others. In addition to the aforementioned radio re-invention of Jefferson Starship via late 70s and early 80s hits like ‘Jane,’ Nevison’s transition into head producer for groups like The Babys, Traffic’s Dave Mason (which produced the hit single ‘We Just Disagree)’, UFO, and Eddie Money cemented his status as one of the industry’s most in-demand hit record producers. 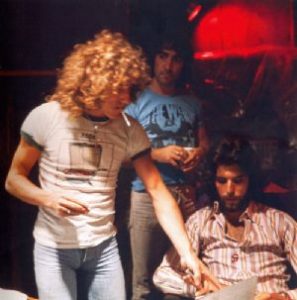 Nevison’s successes were measured by those of the acts he produced throughout the 1980s, carving out a niche for himself as the go-to producer for veteran rock acts needing a commercial reintroduction to a new generation of rock fans. Whether with Survivor‘s ‘Vital Signs’ LP (which produced 3 top-10 hits with ‘I Can’t Hold Back,’ ‘High on You,’ and ‘The Search is Over,’) or arguably his greatest turn-around with Heart over the course of 8 Top 10 hits between 1984 and 1987, including # 1 smash hits like ‘These Dreams‘ and ‘Alone.’ Nevison also helmed the turn-around of legendary pop-rock outfit Chicago on 1988’s ’19’ LP, which produced three top-ten hits including ‘I Don’t Wanna Live Without Your Love,’ ‘Look Away,’ and ‘You’re Not Alone.’

Amid this era, Nevison balanced his smash pop-rock resume with a return to his harder rock roots via hit collaborations with genre giants like Ozzy Osbourne on ‘The Ultimate Sin,’ Kiss on ‘Crazy Nights,’ and the two multi-platinum Damn Yankees studio LPs. In the latter case, Nevison’s collaboration with the group produced the smash hit ‘High Enough’ for the supergroup (which featured Ted Nugent, and principle members of Night Ranger and Styx.) The producer also logged hits during the heyday of the hair-metal genre with platinum rockers including Europe, Bad English, Firehouse, and Motley Crue frontman Vince Neil. 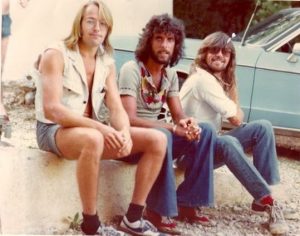 Nevison’s rock production was also discovered by a new audience throughout the 1990s as Greatest Hits collections were released by legends like Led Zeppelin, The Who, Thin Lizzy, New York Dolls frontman David Johansen, and Bad Company among many others. Not surprisingly, these collections included many classic hits engineered and/or produced by Ron Nevison, who continued to maintain a mainstream pop presence with these and other rock legends throughout the 1990s, producing hit records for Meatloaf, Night Ranger, Candlebox, Lynryd Skynryd , UFO, and Grand Funk Railroad among others. 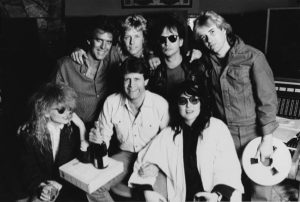 Ron Nevison’s career highlights include many of the record industry’s highest distinctions, including his being recognized as Billboard Magazine’s Top-5 Producer of the Year 4 separate times, garnering countless Grammy-nominated and winning hit records/albums, and producing well over 100 Million Albums sold in the course of his almost 4-decade career. With the pop rock-genre he helped to invent alive as ever almost two decades into the millennium.

Ready to start your project? Contact me and I'll get back to you right away. Contact Me Here